1700-1800
John Willison 'The Covenanter', born 1626 is the first known Willison in this family tree.
We have records for three of his children; Janet, Bessy, and James - whom we think lived at Auchendaff, Scotland. James died c1700. He had two sons, John and William Willison.
John Willison, grandson of 'The Covenanter', or 'Auchen the Droll' as he was more commonly known was born c1688 earning his nickname because of his humour and gift of repartee.
Stories are told of Auchen and his good friend, the Laird, The Duke of Douglas.

Auchen married Margaret Smart. They had 6 children that we can confirm. His son James (c1715) lived at Andershaw Farm, between the villages of Douglas and Crawfordjohn in Lanarkshire, Scotland.
His son John (1718-1800) married Ann Broadfoot.
Their five children included Robert Willison (1776-1796), an infantryman in the 67th Regiment of Foot (the South Hampshires) who died in the West Indies from Yellow Fever and John Willison (1772-1841) who married Jean Brown in 1804.
John and Jean had nine children...see 1800-1900.
1800 - 1900
This generation of Willisons intermarried with the Buchans, the Campbells, the MacDonalds and the Richards and we have volumes of letters recorded from Mary Willison Buchan sent to her father, John Willison (1772-1841) pictured below. 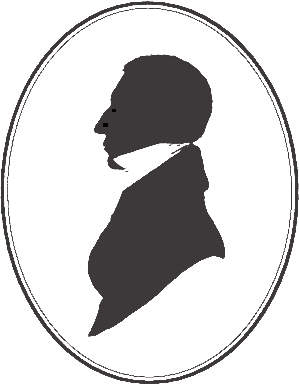 John Willison (1806 - 1884) served as an officer in the Lanarkshire Yeomanry and was stationed at Hamilton in 1843. There he met Isabella Campbell, daughter of Duncan Campbell (younger son of the Laird of Inverneil in Knapdale) and of Agnes Colquhoun of Luss. Family tales tell us that John was attracted to Isabella and was invited by her parents to call on the family. He did not at this stage propose marriage but decided to think the matter over. When the Yeomanry was disbanded, John set off home for Parish Holm on his horse, wondering as the animal jogged uphill whether he should return home and forget Isabella or go back to Hamilton and propose to her. He left the decision to his horse. If, when they reached the top of the hill, the horse looked back - he would return to Hamilton and propose to Isabella. The horse did look back; John proposed marriage and was accepted. He married Isabella Campbell in 1843 producing twin sons, Alexander and George. The twins later married sisters Jessie and Elizabeth Gow. Jessie and Alexander married in 1881, with George and Elizabeth following in 1885.
John and Jean's daughter Mary (1806 - c1982) married William Buchan in 1826. Their son The Reverend Alexander Willison married Eliza MacDonald in 1842, producing six children. Their third child, also named Alexander, followed his father into the Ministry and married Isabella Stewart, who died in 1926.
John Willison (1844-1889), the great, great, great, great, great grandson of John the Covenanter, married Jessie Ann Bett in 1872. They had nine children.
1900 - 2000
The next John in the family line (1876-1917) married his cousin Isabella Willison, daughter of Duncan Willison and Alice Grieve. Marrying cousins was a common practice at that time. Sadly Isabella died in childbirth and John re- married Nella Logan.
Douglas, their sixth child (1881-1975) married Margo Meikle, a distant cousin living at Ri Cruin in Kilmartin. The Meikle family had previously moved from the White Farm, Crichel in Dorset owned by Lord Arlington. They , lived the rest of their lives at Acharn, Killin, Perthshire.
The large farmhouse, close to the village of Killin and Loch Tay in Perthshire formed a natural base for the 20th Century Willisons to gather and relax.  Relatives arrived from across Scotland and the Outer Isles, and from south east England, Austria, Australia and Canada to join many a family gathering and a spot of fishing in the Tay, curling on the Acharn rink  or a spot of golf in Killin.
Douglas's younger brother, Campbell Willison (1879-1951) married Sheana McDiarmid.
Jessie Willison married into the Hibler Family and Eliza, or Toosie as she was known, married William Simmonds in 1911 giving birth to Ralph in 1922 - who researched most of this family tree.

This is an excellent place for you to add a paragraph and let your visitors know more about you and your services. Easily edit by go to tab pages and content and click edit.